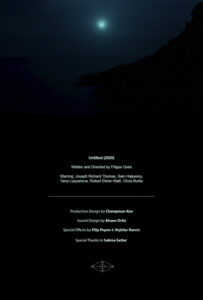 A thriller based on true events.

The film was originally conceived as a reconstruction of actual events which occurred in Setagaya, Japan, on December 30th, 2000. After having conducted extensive research on the topic for over a year, a script was crafted with the intention of documenting reality as accurately as possible.
[Not to be quoted, divulged or otherwise utilised without the author’s explicit consent.] Copyright LIM Editrice s.r.l – All rights reserved.

01. Abstract & Process
The film was originally conceived as a reconstruction of actual events which occurred in Setagaya, Japan, on December 30th, 2000. After having conducted extensive research on the topic for over a year, a script was crafted with the intention of documenting reality as accurately as possible.

The story played out as follows: a man broke into a home on Christmas’ eve and murdered its inhabitants. Instead of fleeing right away, the man stayed inside the home for several hours. During this time, he consumed food, defecated and browsed the internet, leaving plenty of DNA evidence behind and displaying a cryptic overall carelessness which investigators still have a hard time justifying to this day. After a period of 2-10 hours, the man eventually exited the home never to be caught or identified. Several months later, a symbolic Buddhist statue was recovered in the proximity of the house, depicting Jizo Bodhisattva, the guardian of the unborn. The killer’s DNA was never found on any other crime scene that succeeded the events of Setagaya to this very day.

The script, which encompassed the entire scope of the occurrence, was abided to with painstaking precision during shooting, leading to a 25-minute cut which recounted each and every step of the story as it had played out in reality. The film was shot statically, detachedly and observationally, mirroring the style of nature documentaries.

Long, uncut diorama-like takes were then assembled into a timeline in chronological order, resulting in what I colloquially refer to as a “mother cut”; following the completion of the latter, a second phase of the process began.

The edit was picked apart, deconstructed, altered, distorted and eventually re-assembled into a condensation of the archetypal concepts which had inspired the making of the piece. This technique was moulded after figurative painter Francis Bacon’s approach to the rendition of “the brutality of fact”: starting from a detailed representation of tangible reality (generally a photograph), the painter was then able to extrapolate a rough quintessence, which he would then transpose onto canvas in way of his notorious polymorphic figures.From particulate detail to broader essence, from specificity to generality, from micro to macro-in essence, a form of inductive reasoning.

02. “Operations or workings are not carried upwards, but descend downwards.” – Hermes Trismegistus

If we start from the assumption that all phenomena is interlinked by a dynamic of causality and mutual affectivity, we quickly realise that the concept of action appears to be a fabricated concoction of the human mind. If everything is consequential to something else which preceded it, then the concept of pristine, uncontaminated action amounts to nothing more than a mere illusion. Within the context of such interpretative framework, only reaction can exist, and the implications are quite severe.

Taking action out of the equation opens the door for some very critical moral conundrums. Specifically: how are we to then contextualise heinous acts of interpersonal violence such as the familicide considered in the film? The slope gets very slippery, and very fast. The human being has constructed a society the workings of which revolve around the core axiom of selfdeterminism, rooted in the perceptibility free will and resulting in paradigms of personal accountability. We have devised methods of physically confining individuals whose supposedly free decision-making doesn’t seem to be conducive to the collectivity’s overall benefit. We have concocted a complex evaluative system aimed at delivering appropriate punishment to said individuals in proportion to the magnitude of their dissidence. Discard free will as a valid pretext, however, and all of these gargantuan constructs crumble almost instantaneously.

In short, the quote can be paraphrased as follows: the human being doesn’t impose its unmitigated will onto the environment through action. Rather, the human being is subordinated to the directives of the envirionment and adapts accordingly, thus reacting to it. Moreover, the destructive implications of this line of thinking is what typically prevents it from being seriously considered as a concrete possibility.

03. “Look also upon the Moon, the forerunner of them all, the instrument of nature, and which changes the matter here below.” – Hermes Trismegistus

In order to exemplify the affective relationship between macro and micro, I chose to include the motif of the moon into the film, although it hadn’t been originally scripted. Astral bodies have a tangible, measurable impact on human affairs. In the example of the moon, scientists will generally agree in regards to its motion bearing a limited although significant impact on the occurrence of tides. The sun’s uneven heating of the earth’s surface, in turn, causes winds. The logical conclusion that can be drawn by these observations is that the weather on earth is, to a degree, extra-terrestrially determined. If we follow this line of reasoning down to its logical conclusion, in virtue of the principles pioneered by Edward Lorenz, we quickly end up in very interesting territory. The weather, in fact, tangibly affects the mood of those who experience it, and deviations in mood quality determine how the “objectively” neutral phenomena of the world will be perceived, interpreted and ultimately acted upon. Different
interpretations result in different value systems being developed, which for their part eventually culminate in different lines of action being undertaken.

In the film, the character is directly juxtaposed to the moon, thus drawing a very explicit parallel between his “actions” and what has likely been their partial source. The mind is then allowed to wander off: perhaps the killer grew some kind of psychological dysfunction over several years of outer darkness, rain and generally oppressive weather conditions. Perhaps, had the movement of the moon been slightly different, he would have ended up becoming a radically different person. We are nothing but the sheer cumulative effect of all the phenomena that have occurred since our conception, which are themselves rooted in a string of preceding mechanisms, dating
back to the very beginning of time.

“Everything you do is planned out in advance, the stars push their dark wills down on you”.
– Dan Barrett

04. “As above, so below, as within, so without, as the universe, so the soul…” – Hermes Trismegistus

In conclusion, the film is a juxtapositional piece ultimately aimed at drawing a correlation between the human sphere of comprehension and the workings of the cosmos. Drawing from ancient Hermetic principles, it seeks to generate interest in the analysis of earthly matters through the lens of Chaos Theory, which could be considered as a spiritual successor.The piece offers a meditation on the nature of reality, on ethics and morality, condensed into a short audiovisual format for the sake of conciseness. 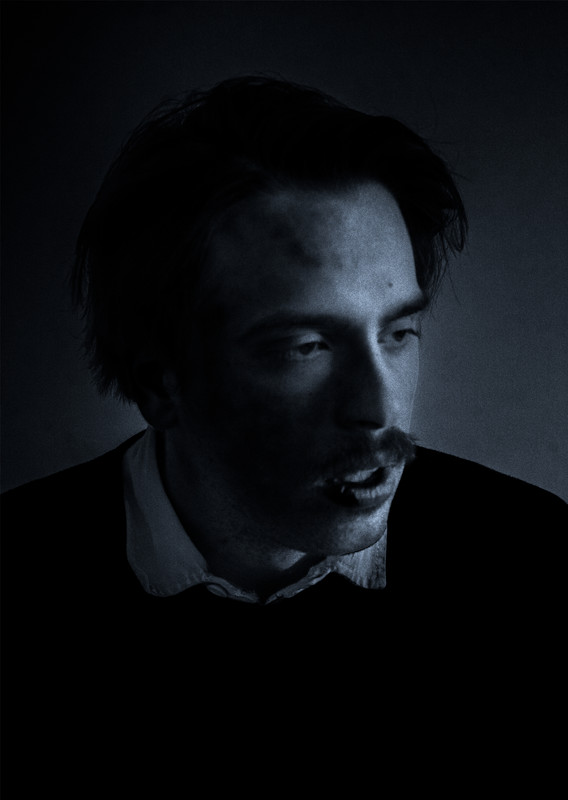