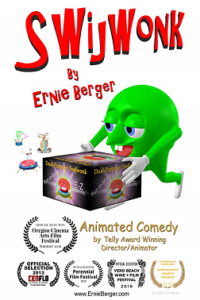 This cute animated comedy is about the frustrations of assembling a new product. Director Ernie Berger has won several Telly Awards (including one Classic Gold Telly) for his animated and live-action shorts and TV commercials. He works as a one-man “studio” in making all his animated films; his first one was a claymation TV commercial, although all his animations are CGI now.

He resides fulltime in Sarasota, Florida where he also performs stand-up comedy and has acted in Ringling College of Art & Design film projects.